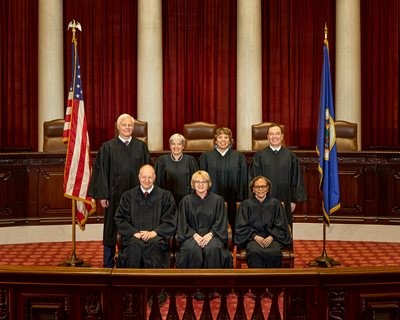 On Monday, November 28, the Minnesota Supreme Court heard the oral arguments for a case arising from the Ranked Choice Voting (RCV) Petition brought by members of Residents for a Better Bloomington (RFABB) against the City of Bloomington.

This was an expedited review after the Hennepin County District Court upheld the City’s rejection of the citizen’s petition to amend the City Charter permitting RCV.

The outcome of the case will determine whether the petition can be placed on the ballot and be voted on again in Bloomington. It will also affect all 107 Charter Cities in Minnesota that receive signed voter petitions from residents.

The main argument is whether the District Court erred by failing to order the City of Bloomington to place the RCV repeal question on the ballot in the November 8, 2022 election. The City’s position is that the 4th provision of the RCV repeal question, which requires a 67% majority to reinstate RCV in the future, if it is rejected now, is invalid. The City further claims the 4th provision cannot be severed from the other three. RFABB claims that if the 4th provision is invalid, it can be severed from the petition to permit the remaining 3 provisions to be on the ballot.

In support of plaintiffs ‘petition, attorney Joseph cited as precedent the 1972 MN Supreme Court case of “Housing and Redevelopment Authority (HRA) vs. The City of Minneapolis.” That case recognized that “language in a charter amendment can be severed in part to remove an illegal provision while preserving the legal language to be presented to voters.”

The plaintiffs are asking the Supreme Court to rule in their favor and possibly require a special election to take place next Spring. The attorneys expect a ruling on this in the next few weeks. We will keep you posted when a decision comes down.