By Tom Weiler, candidate for Congress 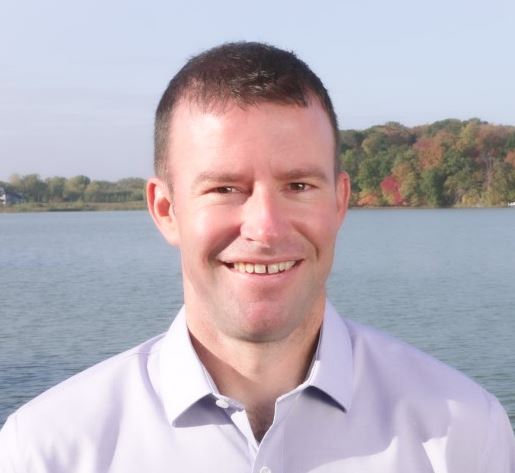 The crime in the 3rd Congressional District and the greater Twin Cities is simply unacceptable.  Our community did not get to this point in a vacuum. We are here today because of failed policies and failed leadership. When elected officials abandon law enforcement, promote progressive “zero or minimal bail” policies for those who commit violent crimes, and support the “Defund the Police” movement, criminals are emboldened and law enforcement is undermined.

Since May of 2020, carjackings and other violent crimes across the Metro have surged to levels never experienced before and murders in Minneapolis and St. Paul are at or exceeding the all-time highs. From the headlines of mid-day carjackings at Byerly’s in Edina, to drive by shootings in Golden Valley, to home invasions in Orono, to the murder of a 15-year-old boy in Minneapolis, the crime wave is real and impacts all of us. Minnesotans in the Third Congressional District and throughout the Metro area deserve a safe place for their families to live, work, and pursue their American Dream.

It is my goal to better understand the root causes of the crime surge, and to learn corrective actions we can take to improve the situation. While on the campaign trail meeting with constituents throughout the district, I have had an opportunity to speak with a number of police chiefs and law enforcement officers. Over and over, I have heard their calls for leadership and support from elected officials.

One statement particularly stood out during a conversation with a seasoned police officer regarding the role government leaders could play to address the current crime wave. The officer stated, “I am actually not sure where Congressman Phillips stands on policing.” To me, that said it all. A key member of our law enforcement team -- in a community experiencing a historic crime wave -- is unsure if he has the support of our Representative in Congress. That is unacceptable. Leadership is demanded in difficult situations, and Congressman Phillips is failing to show up.

Specifically, Congressman Phillips’ lack of leadership further enflames the “Defund the Police” movement, and his vote in support of The George Floyd Justice in Policing Act hurts law enforcement. In particular, the Act he supported would:

I do not support a bill with measures like this, and I will be a different kind of Representative than Congressman Phillips on law enforcement and many other issues.

I will not shrink away from situations that demand leadership for political gain or because I might rock the boat with the D.C. crowd.  I will be a representative and a leader for Minnesotans of the 3rd District.

Specifically, regarding crime in our community, I will listen to my fellow Minnesotans’ concerns about crime; I will use the bully pulpit associated with being a Representative to support law enforcement; and I will fight in Congress every day to ensure law enforcement officers in Minnesota and across the country have the resources to “protect and serve.”  I will demand district attorneys, city prosecutors, and judges enforce the law and ensure crime is still illegal in our district. Individuals who commit violent crimes must be detained (not let out on zero or low bails to commit more violent crimes) and prosecuted, not coddled and allowed to avoid responsibility for their actions. Deterrence is contingent upon consequences. Without consequences, more crimes will inevitably occur.

I also will work to pass laws that will help to improve law enforcement. I support many of the provisions in Congressman Stauber’s JUSTICE Act, such as investing in community policing, improved training programs focused on de-escalation, and increasing the number of body cameras.

Congressman Phillips abandoned Minnesota law enforcement at its most critical time. This abandonment, both from a leadership and policy prospective, significantly contributed to our current crisis in policing, in violent crime, and to the reduction in the safety and security of all Minnesotans.

I view safety and security on a continuum, from our neighborhoods in the 3rd Congressional District, to Minneapolis, to our national borders, and to Afghanistan. It is a fundamental role of our government (local, state, and federal) to provide safety and security to Americans to enable all to pursue their American Dream. The Biden Administration, with the votes and support of Congressman Phillips, along with our state and local government leaders, have failed to fulfill this fundamental responsibility. I will support our law enforcement, not abandon them. Most importantly, I will fight to ensure our law enforcement officers have the resources they need to provide the safety and security our community deserves.

On May, 29, 2020, I was deployed on the USS EISENHOWER sailing in the north Arabian Sea. Our aircraft carrier was conducting air operations in the Middle East, and I woke up early that morning to prepare for watch. Turning on the Armed Forces Network to see the news, I watched with sadness and shock as Minneapolis streets and the 3rd Police Precinct burned. Despite this crisis back home, leadership from elected officials was nowhere to be found. I decided at that moment, if my Parkinson’s Disease ended my military service early, I would continue to serve my country by running to represent my fellow Minnesotans in the United States Congress. I retired from the Navy after 20 years of service on September 30, 2021, and declared my candidacy on October 22, 2021.  Join Team Weiler to Turn the Ship Around.