By Mark Blaxill, candidate for Congress 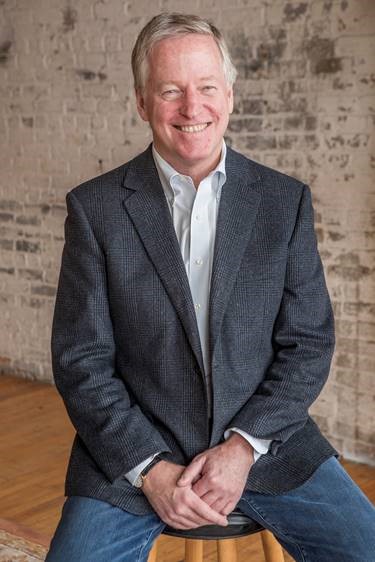 Rep. Dean Phillips (D, MN) has won two consecutive terms in Congress, in part by positioning himself as a political moderate and a “problem solver.” As a voting Congressional Democrat in today’s Congress, it’s increasingly hard to claim to be a moderate about anything. And Dean Phillips’ voting record is about as far to the left as anyone in Congress.

Based on his voting record alone, we should be working hard to make Phillips’ second term his last. But over the last year, Rep. Phillips has doubled down on his commitment to America’s far left and drifted even further away from his Minnesota constituency. Nothing illustrates this drift more clearly than Phillips bizarre comments on February 4, 2021 on “privilege.”

Phillips’ four-minute speech from the House floor was a remarkable bit of political theatre, but needs to be placed in context. In the new “intersectionality” sweepstakes, in which Democrats are attempting to build a coalition of oppressed identities under a single banner, he occupies a difficult position. By all accounts, in woke-speak terms, Phillips is a “cis-gendered, heterosexual, white male.” This gives him no standing in the grievance-based politics that America’s New Left has been exploiting to divide us all.

In those circumstances, what is a “moderate” Democrat to do? In comments that followed the January 6 riots, Phillips chose to put forth a new axis of intersectional grievance.

During his speech, which went viral, he began with the following statement

“I want to start my remarks by addressing those who have belittled, dismissed, minimized or criticized anyone, who has experienced trauma of any type, at any time, in any form.  To you I say I take pity on you and I say shame on you.”

It’s an odd comment. Is Phillips talking about himself, claiming to be suffering from sort of post-traumatic stress disorder? Is he seeking to cut off at the pass any criticism of his own “lived experience” (after all, the lived experience of oppression renders one impervious to challenge in the new world of social justice politics)? Is he seeking some sort of street cred from his colleagues? He never says it outright, but if you’re paying attention to the clues, he’s certainly suggesting that anyone who criticizes him is, well, a bad person.

He then goes on to describe his personal experience during the capital riots of January 6, an experience of undeniable uncertainty for House members on the floor. One could certainly forgive Phillips for feeling panicked in the moment. As he and colleagues activated their gas masks (“the collective whizzing sounds in this room, of which [sic] none of us will never forget”) and cowered behind their chairs, Phillips describes the chaos that surrounded him and his colleagues, their fears of being killed or taken hostage, and that as far as self-defense went, “a pencil was about all we had.”

Not comfortable, perhaps, to focus on his panic and weakness (and to insert a dash of heroic imagery as he exhorts his colleagues to cross the aisle), he gets to his real purpose.

“But I’m not here this evening to seek sympathy or just to tell my story.

“Rather to make a public apology.

“For I felt that the insurrectionists who were trying to break down the doors, right here, would spare us. If they simply mistook us for Republicans.

Appearing to fight back tears, Phillips recounts his epiphany,

“But within moments, I recognized that blending in was not an option available to my colleagues of color.

"I'm here tonight to say to my brothers and sisters in Congress and all around our country, I'm sorry. I’m sorry. For I have never understood, really understood, what privilege really means. It took a violent mob of insurrectionists and a lightning-bolt moment in this very room. But now I know. Believe me, I really know."

There are so many things wrong with this performance it’s hard to list them all.

Of course, Dean Phillips has had good fortune in life. His father died in combat in Vietnam when he was an infant, making him a Gold Star family member. His mother remarried, the next time to a successful entrepreneur who adopted him, making him an heir to a prosperous family fortune. After working for a few years in his adopted father’s family business, he was appointed CEO where, by all accounts he was extremely successful marketing luxury consumer products like vodka and gelato.

Phillips should feel no shame in any of this. Yes, his family became wealthy, but he never squandered that wealth. Instead, he increased the value of the family business. Yes, he rose to the top without working his way up the ladder, but many family businesses work that way and his performance in that role shows that he deserved the chance. The Phillips family story is a living embodiment of the American Dream. The only thing Phillips should apologize for is pandering to a voracious New Left that views his identity as the dominant oppressor of the age.