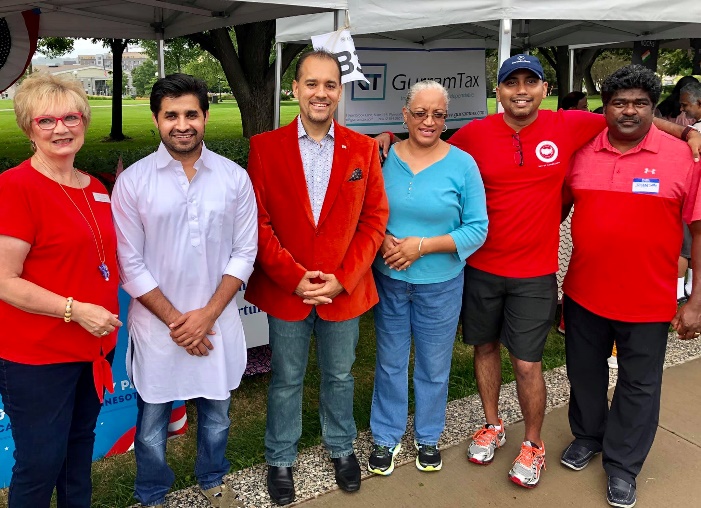 Indian-Americans from the Twin Cities and beyond came to the grounds of the State Capital in Saint Paul on Saturday, August 10, for India Fest 2019. The India Association of Minnesota organizes this annual event in the late summer. It is a unique opportunity to enjoy the culture, the food, and the heritage of the Indian subcontinent.

Republicans were there to engage the great people who attended. The Republican National Committee sponsored the GOP Booth. Esther Lu, the Trump Victory Director of Asian Pacific Engagement, flew in from Washington DC to be part of the team. Debjyoti “DD” Dwivedy (CD3  Vice Chair, and now candidate for Eden Prairie School Board, 2nd from right in the picture) and Barbara Sutter (MN GOP Secretary, on left in the picture) were principal organizers of volunteers at the MN GOP booth.