On May 23, Governor Dayton vetoed the tax conformity/school funding bill, as well as the supplemental budget bill. 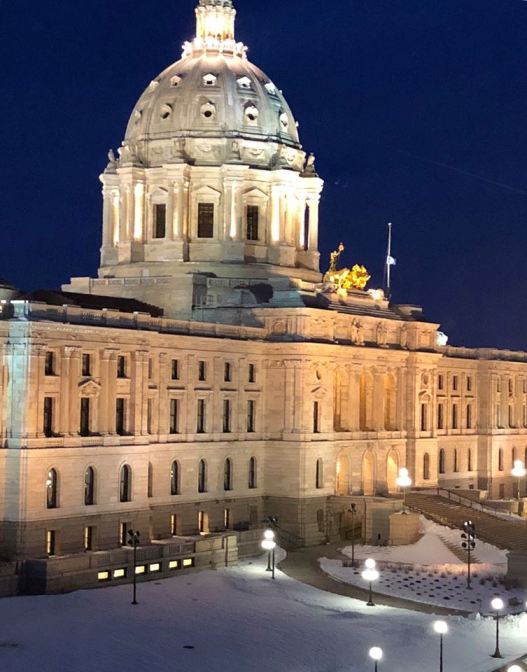 The legislature made a good-faith effort to compromise: the legislature accommodated nearly 70% of the governor's state objections. Nearly all of the so-called 'controversial' policy measures were removed.

It's clear this governor had no interest in true compromise, and wanted everything his way, or nothing at all. As a result, Minnesotans will be the ones to pay the price.

• Victims of elder abuse
• Victims of opioid addiction, and medical professionals
• Victims of distracted driving
• Special education and Head Start students
• People dealing with MNLARS hassles
• Deputy registrars whose businesses are floundering after MNLARS
• People who need mental health support, particularly farmers and students
• Farmers and agribusinesses that need Section 179 conformity for equipment depreciation
• People who live in rural areas without high-speed internet
• Students who need help to afford college
• People who need job training and businesses that need skilled workers
• K-12 students who won’t benefit from school safety funding
• Taxpayers who will have a heck of a time filing their taxes next year
• Voters concerned about election security
• Minnesotans concerned about privacy, data breaches, and cyber security
• CPAs and tax professionals who will be dealing with very complex tax filings
• Parents looking to find the best school for their children
• Low-income working families who rely on federal child care subsidies
• New teachers who need licenses, and schools who want to hire them
• Children enrolled in Head Start programs
• Schools that need adjustments to fully fund special education
• Patients who care about transparent pricing for health care and prescription drugs
• People with disabilities, and their caretakers, who would be affected by a 7% cut to the Disability Waiver Rate System
• Startup businesses that depend on the Angel Investor Tax Credit to grow

House Republicans are committed to working quickly next session to address the headaches and problems caused by the governor's veto.

Governor Mark Dayton seemingly wanted any excuse to veto those major bills. The Legislature worked smart and hard. They met with representatives of Governor Dayton throughout the session, and reached many compromises. For example, the Legislature had agreed to no cuts to agency operating budgets.

Yet with only 61 hours to go before the deadline, Democrat Dayton started moving the goalposts. Dayton’s chief of staff and Management & Budget Commissioner presented the Legislative representatives a list of 117 objections to the bill.

Several dozen of these were items not raised before. Others were eye-popping. Dayton’s list included
• his opposition to allowing schools to display the national motto “In God We Trust.”
• his opposition to preventing someone from becoming a school bus driver if they had previously made a plea bargain so they wouldn’t be prosecuted for sexual assault.
• his opposition to dedicating a percentage of IT spending to cybersecurity, like many corporations do.

Despite the appearance that Dayton actually didn’t want a deal at all, the legislators in the following hours worked to delete or otherwise satisfy 71 of Dayton’s 117 objections (but not any of those mentioned above). They, in essence, went 61 percent of the way (71/117) to the governor.

Dayton issued six more objections the following day. The representatives of the Legislature agreed on four of those. The Governor’s staff demanded that every single one of his objections be met. On Saturday evening, they added even more.

Then Governor Dayton finally issued his ultimatum: concede to all 123 of my demands, or I will veto your bills. That's what he did. He threw away all the potential benefits for Minnesotans produced by Republicans within the Constitutional deadline.