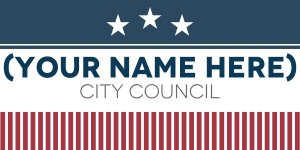 Are you concerned about the direction that your city or your local school district is going? Do you have questions about how your property taxes are being spent, and are not getting answers? Or do you like the community you live in and want to help sustain its values?

Our communities will be holding city council (Bloomington, Minnetonka), mayor (Bloomington) and school board elections this fall. If you are willing to step up and help lead your local government, seriously consider your options over the next few weeks. To be successful, you will need to recruit a small but dedicated team, put a campaign plan and budget together, and consider raising some money.

These races are generally nonpartisan, but we may be able to help you get started. Contact us and we’ll talk.

First off, let’s cover some basics. Individuals who want to run for City Council must file with the city clerk of their respective city. In general, the filing dates start in late May or June and end in the middle of August. The Election Date for 2019 General Elections is Tuesday November 5, 2019.

The Mayor position (incumbent: Gene Winstead) and three (3) of seven (7) City Council positions will be up for election in 2019. The incumbent Councilmembers are Tim Busse (At-Large), Dwayne Lowman (District I), and Shawn Nelson (District II).

Date of Public Announcement for General Election filing: on or about May 17th, 2019.

For the most recent status on Bloomington’s City Council Elections, contact: Deb Smith at 952-563-8780 or [email protected].

The next election for Mayor and the City Council will be in 2020.

According to the City Clerk, Dave Maeda, Minnetonka will be filling vacancies on their city councils this year with two different kinds of selection processes.

First, February 4 is the deadline to apply for a partial-year (through Dec. 2019) appointment to an At-Large position.  Councilmember Patty Acomb won MN House Seat 44B on November 7, 2018. On January 7, 2019, the Minnetonka City Council decided to fill the vacant city council position through an application-and-appointment process. The application process opened January 10 and runs to February 4. The Mayor and the City Council will be selecting their finalists on Feb. 11 and interviewing prospective candidates during their February 19 City Council meeting. They will announce their appointment on or about February 20, 2019.

Date of Public Announcement for General Election filing: on or about May 17, 2019

For the most recent status on Minnetonka’s City Council Elections, please contact: City Clerk David Maeda at 952-939-8218, or [email protected].