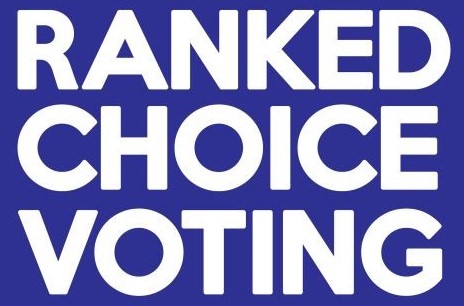 Many of the city council races in Bloomington and Minnetonka were decided by the end of Election Day. The first use of Ranked Choice Voting in those cities will delay the outcome in at least two races. The outcomes will not be known until Thursday, at the earliest, but most likely later.

In Bloomington, Nathan Coulter received 47% of the first-choice votes, short of a majority of the 15,196 votes cast in the At-Large City Council race. Thursday morning, the 3,394 ballots cast for Ric Oliva will be examined to identify how many second-choice votes were cast and for whom they were cast. Those second-choice votes will be added to the tallies for Nathan Coulter and Paul King. The candidate that has the highest resulting total will take the At-Large seat.

In Minnetonka, the Seat B on the City Council may or may not be decided after one elimination round. Kimberley Wilburn was the highest 41% of the first-choice votes, but would need at least 941 second-choice votes to take the seat. Daniel Krall’s 1130 ballots will be examined to identify to whom any second-choice votes were cast. It is conceivable that it might require Ash Patel’s ballots to be similarly reviewed before the Seat B race is concluded. The schedule for this process is not clear.

Back in Bloomington, the District IV City Council race was extremely close. The incumbent, Patrick Martin, tallied 50.02% of the first-choice ballots. If he had received one vote less than the 1,228 credited to him, this race would have gone to an elimination round. The interest in this race clearly led to a 37% greater voter turn-out over the 2017 contest for that district.

Many voters expressed frustration with the complexity of Ranked Choice Voting. Given the number of races in which there was a first-choice winner, the true impact of RCV is still to be determined. Not all elections in which RCV was used led to a decisive increase in turn-out. The number of voters participating in Bloomington’s 2021 At-Large race was only 88% of those of 2019, when a Mayoral contest was also on the ballot.

Conservative Chris Vitale won re-election, but conservative challenger Jessica Reader was just 45 votes from getting in. Minnetonka is a liberal district, and while we hoped for a full sweep in Minnetonka, this result indicates that it will be a swing district in the future.  For comparison’s sake, President Trump lost that area by over 15%

Bloomington School District
This was a very tough election. Conservative Beth Beebe got re-elected, so we kept the conservative on the board, but the conservatives missed picking up more seats by about 2 percent. Like Minnetonka and Edina, it's a challenging area that we could not flip entirely, but the fact that they were so close bodes well for statewide conservatives.

Wayzata School District
This was a disappointing election. The Conservative slate lost by about 3 percent. They were good candidates, and I hope they stay active. Wayzata has not had conservative representation in the school board for a long time.