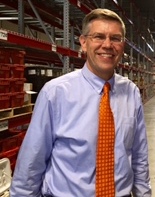 US Congressman Erik Paulsen was endorsed to represent Minnesota’s Third Congressional District on April 14. The five-term Republican is a member of the Ways and Means Committee, which has jurisdiction over health care, economic and trade policy and is the chief tax writing committee in the House of Representatives. He is also on the Joint Economic Committee and is co-chair of the House Medical Technology Caucus.

The CD 5 Republican Convention endorsed Jennifer Zielinski on April 21 to challenge Keith Ellison for Congress. Jennifer has been active in the Republican Party since 2010. She has held positions as precinct chair, BPOU deputy chair, Secretary for the Minneapolis City Committee and ran for the Minneapolis Park Board. She has worked on the last two congressional campaigns of David Daggett and Frank Drake. 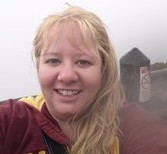 Jennifer has lived in the Twin Cities her whole life. She attended the University of Minnesota. She now works in a clinical role at a hospital.

She will challenge Ellison on strong Republican principles like showing up to vote and representing the people of the 5th Congressional district. Contact her at [email protected]

Paulsen and Zielinski will need the support of everyone in their congressional districts to be successful. We need to work hard this year to get out the vote and turn Minnesota Red.