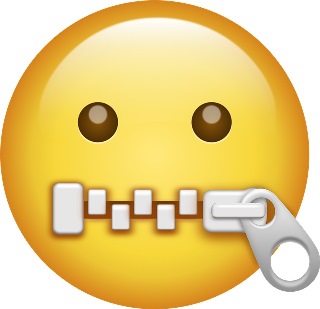 Braden Rabidoux, a student at Kiel Middle School, has been charged with refusing to use a classmate’s “preferred personal pronouns” and is now the subject of a Title IX investigation, according to a story in Alpha News.

Luke Berg, a lawyer from the Wisconsin Institute for Law and Liberty who is representing Braden, his friend, and one other student involved in the incident, has sent a letter to the school district demanding the charges and investigation be dropped, according to a story in the British paper The Daily Mail. Yes, this is now an international story.

Berg commented that the Kiel School District's use of a Title IX complaint are a "… gross misapplication of Title IX sexual harassment charges." He added: "Sexual harassment covers really egregious stuff, not simply using the so-called wrong pronoun. The school’s theory seems to be that any use of a wrong pronoun is automatically punishable speech under Title IX, and if that is truly their position, that is a truly egregious First Amendment violation."

Braden says that a quiet, rather shy classmate was being "screamed at" by a third student who insisted the shy classmate use the pronouns the harasser had decided were "appropriate". Braden intervened to protect his friend, and told the harasser – correctly – that pronoun use was protected free speech under the First Amendment. He’s not only legally correct but shows the kind of courage a lot of adults would do well to imitate.

The school district’s action not only runs counter to Free Speech protections, it also violates very well established Constitutional prohibitions forbidding the government from requiring citizens to say anything. The legal term is "government compelled speech", usually just shortened to "compelled speech", and it is illegal.

Unfortunately, courts allow schools very broad leeway because their charges are minors and to protect the "educational environment". An example is the common prohibition of swearing in school, something that is perfectly legal – and protected by free speech doctrine – in public.

Braden has said he is now concerned this could harm his college prospects.

Why should we in Minnesota care? Because our Department of Education (DoE) has issued a “transgender toolkit” (authored by a carefully selected group of transgender and gay-rights activists) which “encourages” schools to stop referring to students with normal pronouns. It stipulates that a decision to use a pronouns other than the preferred ones will likely be considered verbal harassment. Specifically, the Toolkit says that “…Casual use of a student’s incorrect pronoun …. may violate FERPA.” (bold added). FERPA is the Federal ”Family Educational Rights and Privacy Act”. The “Toolkit” also warns that teachers should never refer to ‘boys and girls’ but rather “students” or “scholars”.

Other sections of the toolkit remind districts that when travelling for school activities, school officials must allow a transgender/gender nonconforming student to spend the night in a bedroom with other students who “…match the student’s gender identity…”