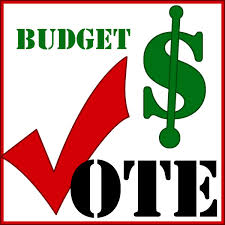 Campaign finance rules and public-subsidies that limit candidate spending may be intended to “level the playing field” but they clearly don’t, as illustrated by the MN Attorney General 2018 campaign. I believe it’s time to end the public subsidies for political campaigns.

MN Attorney General candidate Doug Wardlow’s 2018 (unsuccessful) campaign got headlines in mid-June when they were fined for “overspending”. The campaign committee’s legal counsel explained how that happened:

"The committee's legal counsel Richard Morgan said they were "overwhelmed by a surge in fundraising late in the campaign."

"Because the committee hired an outside firm to conduct much of its fundraising and compensation paid to that firm was based on the amount of receipts, the surge in fundraising caused both the committee’s receipts and its costs to dramatically increase," Morgan explained to the board.

The report notes the committee spent over $200,000 on radio and television ads in October 2018 alone, with Morgan saying the committee "did not anticipate the rapid increase in fundraising expenses and did not realize it would exceed the spending limit until after it had placed the ad buys for the final days of the campaign."

Reading other published articles about the campaign, it’s evident that Wardlow’s “overspending” was against a lower limit (base spending limit of $864,072) than Ellison’s actual spending of over 1.1 million. Reported by MinnPost: "Where spending by candidates is concerned, eventual winner Ellison raised $1.148 million and spent 1.105 million. His subsidy was $96,067. GOP-nominee Wardlow nearly matched Ellison’s totals, raising $949,203, spending $937,614 and receiving $72,252 in public subsidy.”

The most recent campaign finance handbook for candidates explains how/when spending limits may be set differently for two candidates for the same office, by as much as 30%. (Detailed excerpt is a footnote below).

In addition, outside groups / PAC’s out-spent on behalf of Ellison by 12-times, per a Star Tribune article.
“Republican candidate for attorney general Doug Wardlow also faced a significant cash disadvantage. Democratic donors to outside groups devoted far more on independent expenditures to benefit newly elected Attorney General Keith Ellison — about $1.9 million, 12 times as much money as was spent on behalf of Wardlow.”

And as also reported by MinnPost (whose deceptive headline masks the fact that DFL spending was far more than Republican.)
“Almost all of the outside money spent to help Ellison came from the DFL State Central Committee, listed as having spent nearly $1.9 million, largely on TV, radio and digital ads against Wardlow.”

Both were considered “first time candidates”, despite Ellison having held a national office and a highly visible DNC national committee role. It’s not obvious why Ellison’s campaign spending limit was so much higher than Wardlow’s.

Let’s stop pretending that public financing toward campaigns somehow allows candidates to compete on their ideas, not just their advertising. And end public subsidies for political campaigns.

Footnote: The campaign finance handbook for candidates explains how/when spending limits may be different for two candidates for the same office: