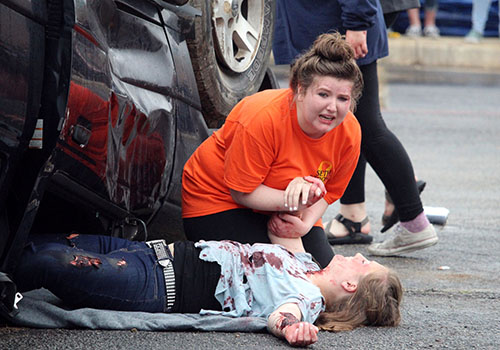 SD50 Newsletter reported earlier on the legalization of THC edibles in Minnesota.
Legalization was added as an amendment in committee. DFL Sen. Tina Liebling then buried the amended first bill in a hasty amendment to a huge omnibus bill.

Rep. Heather Edelson supported the legislation, but in a statement released by her office, she said “It was clear from our work on this legislation that adult Minnesotans were already purchasing and consuming these products; our goal was to add more consumer protections. In this regard, this legislation is a resounding success.

“I am already working on changes for the next legislative session to ensure we have regulation to keep the public safe while allowing for a legal product. I look forward to pursuing more comprehensive legislation in the 2023 Session.”

Passage of the bill can very charitably be described as a clever but deceptive move by the DFL, Rep. Edelson and Sen. Tina Liebling. Unfortunately their cleverness has fallout consequences, regardless of what anyone may think about the right of adults to decide what to put in their own bodies.

Driving while intoxicated – again, regardless of the intoxicant in the driver’s system – is dangerous. No one disputes that. Unlike alcohol however, there is currently no test that can tell whether the driver is intoxicated on THC: “Although drug testing methods that examine blood, saliva, or urine may be used, none can determine whether the cannabis use was recent or prove that the THC detected in a person's system caused impairment at the time of testing. Unlike alcohol, marijuana can remain in an individual’s system for hours, if not days, long after the intoxicating effects have worn off.”

Tests for THC must be done in a lab and require a blood, saliva or urine sample – and as noted, can only determine whether THC has been ingested, not whether the subject was intoxicated at the time the sample was taken. In the military, urine testing is considered able to accurately determine whether THC has been used any time in the last 30 days. Result: No court will convict a driver of driving while intoxicated on THC based on testing. Any court action would have to rely solely on an arresting officer’s observation of physical reactions.

GOP Sen. Jim Abeler was unaware of what the bill did. “I thought we were doing a technical fix, and it winded up having a broader impact than I expected,” Abeler said. Other GOP senators refused to answer questions about whether they were aware of the impact of the bill.

Arguments that supporters of legalization have advanced include avoiding high incarceration rates for minors for THC use. In a clear and open discussion of that risk, our legislature could have determined to legalize, or to reduce penalties for possession and use, or for that matter to exempt minors from any legal action what would leave them with a possibly life-damaging police record. Because of the way the bill was passed, none of this was discussed.

Passage of the bill does protect minors from ‘high incarceration’ but carries other risks to minors. Just days ago, two apparent minors drove a car thru the glass doors of two businesses motivated by a desire to do a smash-and-grab theft of, among other things, cannabidiol (cannabidiol is not the same product as the THC products legalized in the DFL rushed legislation).

There may be health risks as well. The National Institutes of Health (NIH) have published research which indicates a possibility that long-term use in adolescence may have negative impacts on brain development. The studies are not, however, considered conclusive.  Passage of the bill did not include discussion of the long-term effects of THC use.

Edelson’s statement makes it clear that she considers the legislation needs to be changed. Had she not supported passing the legislation the way it was passed, changes she now says are necessary could have been part of an open, honest debate on it before it was passed.

Clever does not necessarily make good legislation. There are good faith arguments for legalization. The public should have heard those arguments, along with a discussion of the problems that might arise from passage of this legislation.