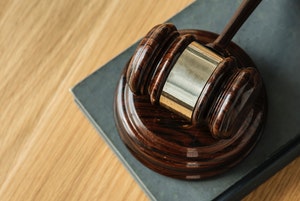 Can the governor close our businesses and take away our livelihoods by executive order - with no compensation? What exactly do Minnesota’s emergency powers laws require of the government? That’s the question the Minnesota Supreme Court sent back to district court to decide.

When Gov. Walz used his emergency powers under Minnesotat Statute § 12.34 (2020), Section 12.34, subdivision 1(2) to close small businesses, Carvin Buzzell’s restaurants lost 75% of their business - while Walz allowed multi-billion dollar big box stores like Target to remain open. Buzzell sued to force Minnesota to reimburse him for his losses, and the District Courts and Minnesota Court of Appeals found against him.

Buzzell appealed to the state Supreme Court, and on the 18th of May, the Court found lower courts had erred at least on a technical question, reversed their decisions, remanded the case to the district court and ordered that court to decide whether or not “…., under the emergency orders, only the government could exercise physical control or possession of Buzzell’s property and Buzzell was prevented from exercising any control over or possession of his property”.

The statue in question authorizes the governor to “…commandeer, for emergency management purposes[,] . . . any motor vehicles, tools, appliances, medical supplies, or other personal property and any facilities.” The statute also provides that “The owner of commandeered property must be promptly paid just compensation for its use and all damages done to the property while so used for emergency management purposes.”

At District Court, Attorney General Keith Ellison, fighting the case for Gov. Walz, argued that Buzzell’s property was not "commandeered". The District Court agreed, stating that because "none" of the definitions of "commandeer" applied to Buzzell he had no case. The state Court of Appeals agreed. Buzzell’s appeal to the Supreme Court was on the narrow issue of what "commandeering", as used in the Minnesota emergency powers statute, meant.

The District Court’s judgment that “none of the (dictionary) definitions (of commandeer) apply to the circumstances described” is simply wrong on its face, as a simple check with Webster’s New 20th Century Dictionary, Unabridged shows (Webster’s is widely considered authoritative in US courts):

Commandeer: 1. To force into military service. 2. To seize (property) for military or governmental use. 3. To take forcibly.” (bold added).

The District Court also erred by considering only the dictionary definitions; the canons, or rules, of statutory interpretation require that words written by legislators should be interpreted using their everyday meaning unless the legislators specifically say otherwise in the law being discussed. Forcing a business owner to close for public health reasons falls squarely inside the meaning of "commandeer" most people would think of.

The Supreme Court correctly took the District Court to task directly on these points of law, stating in its decision that “In the absence of statutory definitions, we give words their plain and ordinary meaning” and “may consider dictionary definitions to determine the meaning of a statutory term.” (Bold emphasis added) (‘statutory definition’ means legislators made a specific definition of a word in a law in the law in question). Our Supreme Court quoted Webster’s in doing so.

The argument then becomes whether Buzzell’s property was taken forcibly (threat of force counts in the law) for government use, the purpose being protection of public health.

This saga is not over yet. The District Court, by failing to abide by well-known canons of statutory interpretation, signaled an unwillingness to follow the law if doing so meant limiting executive emergency power – and subjecting the state to huge damages for Walz’ arguably unconstitutional actions.

The Court’s command to lower courts was “…to determine whether, on the facts alleged and with all reasonable inferences construed in favor of Buzzell, the Governor exercised exclusive control over or obtained exclusive possession of Buzzell’s properties such that the government could physically use them for an emergency purpose.” This definition is so hard to meet that it may be impossible for Buzzell or any citizen to ever meet it. But the Supreme Court has at least kept the question open.