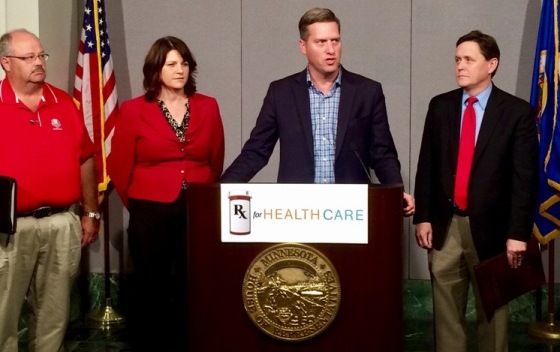 The solutions offered by Republican leaders at their press conference fall into two categories:

Over the past two years, House Republicans successfully passed:

This past year alone, Democrats blocked bills that would have help ease some of the pain caused by rising health costs including:

It's going to take action at the state and federal level to begin to address this crisis and bring down costs for Minnesota families.

It's important to note the clear contrast between Democrats and Republicans: Democrats are offering higher health care taxes and increasing public program enrollment that will further destroy the individual insurance market. Republicans are offering tax relief to immediately soften the blow of massive increases, and clear steps to increase health choices available for families.