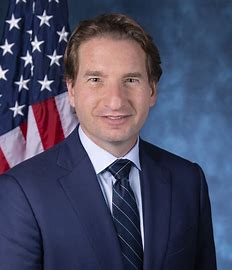 In early March, the U.S. House of Representatives passed H.R. 1, a sweeping change to our election laws promoted by the Democratic Party as the “For the People Act.” This bill now goes to the Senate.

The bill passed the Democrat-controlled House on a largely party-line vote of 220-210. All Republicans voted against the bill.

H.R, 1 makes it clear that Rep. Dean Phillips has not grasped one of the fundamental issues that divided Americans in the last election. Masooma Haq has written an extensive analysis of this billl that appeared in the Epoch Times. The legislation transfers authority over how elections are administered from states to the federal government and makes permanent many voting rules that opponents say lead to voter fraud.

Among its many provisions, the bill
• Mandates automatic voter registration in all 50 states. Any person who gives their information to government agencies such as the Department of Motor Vehicles, a public university, or a social service agency would be registered to vote. No provision is made to ensure the person is legally entitled to vote.
• Mandates same-day and online registration
• Denies states the right to require an individual to provide any form of identification as a condition of obtaining an absentee ballot
• Does away with witness signature or notarization requirements for absentee ballots
• Enables any designated person to return any number of absentee ballots to any ballot drop-off location or election office, so long as the person doesn’t receive compensation based on the number of ballots collected (no safeguards against ballot harvesting)
• Forces states to accept absentee ballots received up to 10 days after Election Day
• Makes it illegal to verify the address of registered voters, cross-checking voter registration lists to find individuals registered in multiple states, or ever removing registrants who have not voted, no matter how much time has elapsed
• Bans state voter ID laws and forces states to accept signed statements from individuals claiming to verify who they say they are.
• Shields non-citizens from prosecution if they are registered to vote automatically
• Requires same-day voter registration to be implemented in time for the elections in 2022.
• Allows 16-year-olds to register to vote
• Permits campaign donations to be used for candidate personal expenses
• Changes the composition of the Federal Elections Commission in such a way that all of its members could be associated with a particular political party
• Requires colleges and universities to hire “campus vote coordinators” and would incentivize voter registration by giving grants to institutions that have a high registration rate.

“In the face of reprehensible attempts to suppress voters and insidious foreign interference campaigns, the health of our Democracy is as urgent today as it was when I first ran for office in 2018,” said Rep. Phillips. “H.R. 1 is a critical step in the right direction, and I am proud to have contributed to this landmark legislation that ends politics as usual and returns power to the people—a key priority for Democrats and Republicans alike.

Phillips clearly does not understand that the priority of Republicans is to protect the integrity of our election process, as it should be for Democrats as well. What Phillips calls “voter suppression” is, in fact, a deeply felt concern about insidious moves to weaken ballot protections.

Republicans believe strongly that our individual vote should be as secure as the dollars in our bank accounts. The need to prove who you are to remove money from your account is not considered “saver suppression.” We certainly don’t feel that the requirement to prove who we are when we get on a commercial airplane is “flyer suppression.”

In our democracy, every citizen should have the right to exercise one vote on any ballot question or election. We hold that individual vote to be precious. While it is illegal to embezzle money that we deposit in a bank, we expect that banks will maintain strict procedures to minimize the opportunities to embezzle.

Rep. Phillips needs to show that he respects the concerns of a significant number of his constituents that the opportunities for voter fraud need to be strictly minimized, not expanded as is the case with H.R. 1.

Are we making up the case that opportunities for voter fraud exist? We leave to the reader a recent article in the Epoch Times that 90,000 ballots mailed to registered voters in Nevada’s largest county were returned undeliverable. Dean Phillips would have us believe that there is nothing to worry about here.