Letter to the Legislator 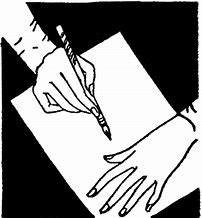 Dear Representative Elkins,
Your proposed bill to promote the rezoning of local single family residential housing into multiple unit housing zones under the guise of improving housing affordability and addressing racism appears to be ill-conceived.  Where on earth did this idea come from?  What majority of your constituents is asking for such a bill?  Aren't they who you are supposed to represent?  Or is it Ken Martin and the far left of the DFL Party?  George Soros?  Who?

Since we moved into our upper middle class Bloomington neighborhood in 1979, we have enjoyed numerous Black, Asian and Hispanic neighbors. Currently, out of 9 homes on just our block alone, lives a black family and two Asian families all of whom have lived in our neighborhood for decades.  When we first moved in, our neighbors across the street were a very nice mixed race (black/white) couple.  We all enjoy living in our pleasant single-family neighborhood.  Everybody worked hard to be able to buy a home here.  The notion that single-family zoning is racist sounds more like far-left ideology than truth.

In today's America, anybody can get educated, get a job or start a business, start moving up the ladder and, depending on their level of ambition, buy any house in any neighborhood that they want to live in.  The evidence of this is all around us.

Access to affordable housing isn't the main problem for minorities. It's a symptom of the real problems affecting minorities disproportionately.

The real problems are that too many minorities live in Democrat-controlled inner cities where the quality of public-school education is poor and the teachers unions are the Democrat's first priority.  Add in that too many minorities become dependent on government social programs that destroy personal initiative and incentivize too many dysfunctional single parent families.  Minority kids suffer greatly in this kind of an environment. This is well known by black leaders who are working to address these problems without much political support from Democrats.

It's pretty tough for a young minority person to get a good education, get a good job, afford a house and move up the economic ladder with a start in the poor circumstances noted above.  Zoning single family neighborhoods so that lower income multiple unit housing can be built will do nothing to help minorities significantly improve their circumstances.  Only after the above-noted social catastrophes are addressed will minorities make real economic progress.

The response from Rep. Elkins:

“You should know that these provisions in my bill (which I expect will be introduced sometime next week) will have absolutely no impact on Bloomington because Bloomington already allows both duplexes and accessory dwelling units (ADUs), and has for a very long time. If you look for them, you’ll see that duplexes are scattered unobtrusively in neighborhoods all over the city. Under my bill, homesites with two housing units will still have to meet all other zoning requirements, including those related to setbacks and height (which is why you don’t notice the ones that are already there).”

It will be interesting to see what’s actually in the submitted bill regarding larger multi-unit complexes.