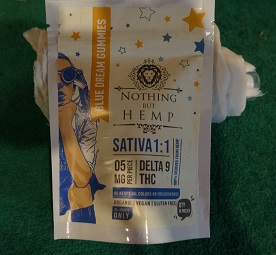 “…we just didn’t legalize marijuana, did we?” – MN Senator James Abeler, on the passage of the law which legalized selling THC.
“"Oh, are you kidding? Of course you have. No, just kidding. Next, we'll do that next, OK?" – Rep. Tina Liebling, DFL-Rochester

Liebling was correct – of course they had legalized selling THC. As reported by NPR, Abeler later admitted to the Star-Tribune he did not in fact realize the new law would allow THC-infused edibles to be sold in Minnesota.

The bill’s author, Rep. Heather Edelson (DFL-Edina), issued a statement which tried to shift the emphasis of the bill from legalizing THC (tetrohydracannabinol, the ingredient in marijuana which produces the high; just "dope" from now on because that’s what it is) to "regulating" the sale of delta-8 THC, a similar substance that was present in hemp. Edelson claimed that delta-8 THC sales (which were and are legal) caused health problems. She said she wanted to regulate the sale of the delta-8 version. “This was an important step to regulate edible THC products that were already being sold throughout the State of Minnesota under a gray area of existing law, which was a result of the 2018 Federal Farm bill and CBD state legislation we passed in 2019.”, Edelson said.

Edelson admitted her real purpose when she went on to say, “Minnesotans 21 and older will now be able to obtain the products they want in a safe and regulated manner.”

Examination of the legislative history and commercial sales suggests that Edelson and her DFL colleague successfully pulled the wool over the eyes of their GOP colleagues, who have stopped similar measures in the past. The House bill was HF3595; its senate counterpart was SF3716. The final legislation passed not as either bill, but as an amendment to HF 4065.  HF 4065 is a 475-page bill that was ostensibly written to regulate the Minnesota Department of Health and health-related services, with a summary that included a reference to "nonintoxicating hemp regulation".

Was there really a clever plan? Well, HF 4065 was passed on May 22nd, 2022 (see Sensible Change Minnesota twitter ). By 1 July, about 40 days later, when the law came into effect, local suppliers already had nice neat packages for sale – tons of them. The line outside Nothing But Hemp in St. Paul was over an hour long, and continued that way all day.