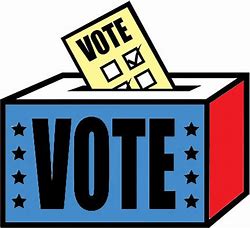 “Never let a crisis go to waste.” While Obama advisor Rahm Emanuel is quoted as saying this about the 2008 financial crisis, it could as easily be said about Ranked Choice Voting supporters and the COVID-19 pandemic. RCV is a controversial change in the way that we would vote in local elections, and it makes no sense that such a change would be pushed while we are still in an emergency lockdown, unable to debate it face-to-face. Yet the Charter Commission will discuss putting RCV on the November ballot at their Thursday evening, June 11, remote meeting.

We urge Bloomington residents to consider the ramifications and potential consequences of RCV. There is still time to write an email to the Charter Commission members or to plan to speak before the Charter Commission, asking the members NOT to recommend RCV be on the ballot in November. The more residents the better. Some email templates are being prepared, and we can be contacted for ideas if needed. The emails could be as simple as “we have no idea what RCV is and need more time for the city to provide more information before we put this on the ballot” or “I am against changing our voting system in Bloomington to RCV”.

Indicative of the push being made to get this on the ballot, the City Council has had only one face-to-face meeting on the subject last May and listened only to the proponents of RCV.  There was a limited public discussion period during a remote meeting of the City Council on May 18, and only a general page on the city website, with no reference for resident education and information. Unfortunately, the City Management has done very little to illicit any response from the residents like they did for Lyndale Retrofit, Community Center Engagement, Creekside Closing and Diversity Training. Apparently the way in which we are voting is merely a side concern for them.

Emails must be sent by Thursday, June 11 at 2pm. All emails should go to [email protected] for the meeting record. Resident concerns expressed at the meeting could well make a difference in the decision whether or not the Commission goes forward with this proposed change to the Bloomington City Charter.

The City and proponents of RCV want to get the Ranked Choice Voting ordinance and referendum wording approved by an August deadline for a November ballot initiative.

Emails should indicate the number and name of the agenda item for dissemination.

Here are links to review the agenda and the agenda packet.  The packet has the proposed charter amendment wording all ready to be discussed and possibly approved without adequate citizen input.