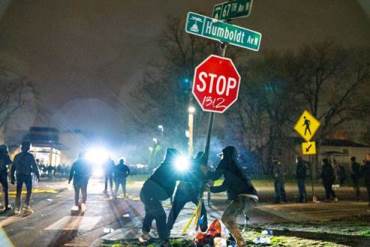 
Bad mistake: Shoot a young black man instead of tasing him at a traffic stop.

Reporter interpretation: “There was no riot.”

Brooklyn Center Police Chief Gannon’s rational response: “I was front and center … at the riot.”

A prudent Governor’s possible responses: Deploy enough police and National Guard to arrest anyone who riots and loots. Ban gatherings of more than 20 people.

Take away: Rather than condemn the riots and the looting, Governor Walz chooses to make the whole metropolitan area suffer.