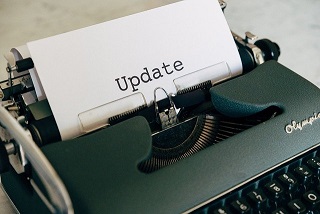 Adam Schwarze, who had initially been expected to participate in the CD3 Candidates forum, was recalled to active duty over a week ago.

LT Schwarze confirmed to SD50 Newsletter last week that he was facing Navy discipline for engaging in political action prior to his retirement date. Sources in his campaign told us this week that he will be unable to return to Minnesota until July 1, 2022. This reporter was told that LT Schwarze will not be running for office this year.

LT Schwarze and his campaign leadership have not responded to multiple requests this week for formal confirmation.

Allegations have been made that candidate Tom Weiler, a former Navy officer who retired last year, initiated some complaints against Schwarze with the Navy. Weiler specifically denied doing so both during the CD3 candidate forum and on an Alpha News podcast. In a telephone conversation the evening of April 20th, Weiler reaffirmed specifically that neither he nor his father (who is also a retired Naval officer) initiated any complaints against LT Schwarze. They provided information requested by naval investigators, and they used the form those investigators provided for them to use. Unfortunately, that form, which has been sent out in emails by supporters of LT Schwarze, is titled “INSPECTOR GENERAL COMPLAINT FORM”.

Your reporter is also a retired officer. When I spoke to Adam Schwarze last week, I was actively involved and in support of his campaign. SD50 newsletter readers should know that “Retired” military personnel are not ‘retired’ in the way private citizens retire. We are subject to recall to active duty at any time, and are under ethical and some legal obligations to continue to conduct ourselves as officers. If a military command were to ask me to provide information, I could not be compelled to do so unless I were recalled to active duty, but I would feel ethically obligated to comply.