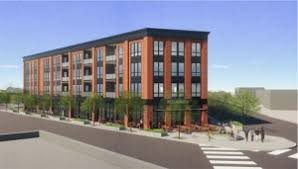 Edina's City Council adopted a resolution at their 5/19/20 meeting to reduce the General Fund Budget. Staff projects a revenue shortfall of $1.4 million this year and has planned to reduce expenses by $2.0 million. This would leave a cushion of $600,000 that will be put in the Budget Stabilization Fund (BSF). The BSF will be used to minimize budget shortfalls in 2021 and 2022.

Commercial property taxes are ultimately based on the success of those properties. The hospitality industry has been particularly hard hit by the pandemic. Bloomington, with the nearby airport, hotels and Mall of America, has a large exposure to the downturn of the hospitality business. Values of those properties and their tax revenues will be reduced, not only this year, but also over the next several years. That is the reason Bloomington’s City Council is dealing with a larger projected budget shortfall than Edina.

In other action, the Edina City Council discussed a variance request by Lorient, the development constructing housing at the former site of Edina Dry Cleaners at France and Sunnyside. The original agreement was for a 35-seat restaurant. The variance was to increase the restaurant to 100 seats, which required more parking. There is a city ordinance that requires additional parking have a 25-year easement. Lorient only offered a 10-year easement on a next-door property. The variance was denied on this technicality.