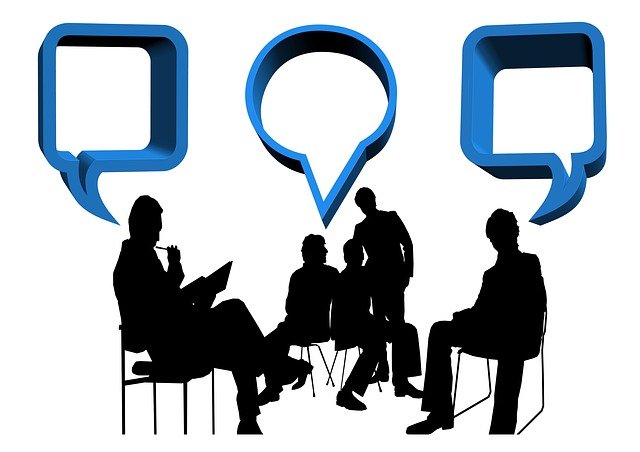 Sometimes a headline story has a happy ending. Instead of a confrontation, the March 21 Bloomington City Council meeting provided a look at how the proposed new “listening session” could make citizen input direct, immediate and, more importantly, productive.

The evening began with a room full of upset citizens probably twenty, each with a sign that said ‘Save Public Comment”, and a council prepared for some possibly unpleasant interactions. But it ended with a directive to the city staff resulting directly from citizen/council interactions.

The council was proposing removing public comment on items not on the council meeting agenda to its own, separate meeting, which was referred to as a ‘listening session’. City Attorney Melissa Manderschied laid out the proposed changes.

Mandershied explained that the council expressed concern that some citizens were afraid to speak at a formal council meeting, on videotape.

The protesters were surprised that eliminating public comment was not actually what was intended. The council was surprised that so many details still had to be resolved.

What happened next was a serious discussion between council members and the citizens who had come to protest the proposed action.  They discussed what the new listening session should look like, how it should be managed, and what the rules should be. In short, we ended up seeing a model listening session, watching the idea evolve with direct citizen input and direct council response.

Gradually, council members reached a consensus that they should not vote on the change immediately, but instead send it back to staff to be fully developed.

There was citizen objection to not having a public record of each listening session; Councilmember Carter further explained her concern that some speakers had had their images taken from the official video and used by internet trolls to ridicule the speaker, which surprised some of the citizens who came to oppose the change. The back and forth between citizens and their representatives resulted in a consensus that there should be an audio tape of each listening session, but not a video, and that a public record would be available.

Mayor Busse expressed his dislike of having to sit “stone faced” while public comment was made under the current system – rules now forbid council from commenting or answering public questions – and the council made it clear they wanted the listening session to be a back and forth with the public they represent.

The proposal was sent back to the city staff to develop many details, including:

The discussion closed with a laugh after councilman Nelson asked his third or fourth “final question” – and promised it really would be his last; it wasn’t but the next one was.

Citizen comment in the atrium afterward was largely optimistic.