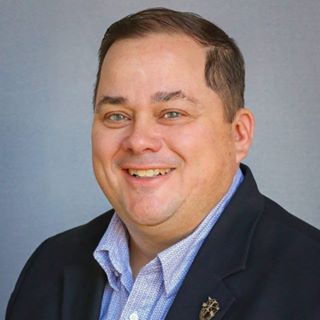 It is official.   Blake Huffman, the first candidate with electoral experience to seek endorsement from the Republican Party in the race for Minnesota’s next Governor has officially declared his intentions.

Huffman, 52, is coming off a recent successful reelection campaign for his seat as Ramsey County Commissioner, District 1.  Huffman was first elected in November 2012 after retiring from Wells Fargo as Vice President of Strategy.

Huffman’s campaign website  indicates his focus will be on jobs and the economy, housing, education, and most importantly, his ability to get things done.

Jobs and Economy: In an April 19  press conference  (video) to announce his candidacy, Huffman asserted his, “primary focus is supporting private sector job growth.”  He pointed out that while Minnesota’s official unemployment rate is low; the under-employment rate was, “far too high.”

Housing:  According to Huffman’s campaign website, he believes, “one of the foundations of a great community is providing citizens with stable housing and a place they can call home.”

Recently, Julie Swiler of Finance and Commerce  explained how Huffman put his beliefs into action, “In 2005, then-Shoreview City Council member Blake Huffman cast the only vote against an affordable housing proposal. Today, he heads Journey Home Minnesota, a nonprofit he created that provides housing for domestic violence survivors and veterans.”  The organization has built or renovated dozens of homes that are now housing hundreds of individuals. The properties are privately funded, a less expensive, less bureaucratic option than relying on government funding, according to Huffman.

Huffman said a speech by Bono at his church made him realize the importance of aligning his values with the commandment ‘Love thy neighbor as yourself.’

Education:  In Huffman’s press conference to announce his candidacy, he cites the failure to address the low graduation rate among minorities despite Minnesota having some of the best schools in the nation.

Additionally, his campaign website says, “Blake believes that the state must leverage the great schools and universities in Minnesota to create companies that employ those students after graduation.” He is concerned that Minnesota’s future business leaders are moving elsewhere after graduation, and it could limit new economic opportunities in the state.

Getting Results:  Huffman touts his ability to get results and points to his involvement in the successful effort to keep Land O’Lakes, Inc.  from moving out of Minnesota, the St. Paul riverside redevelopment of the former Ramsey County Jail,  the redevelopment of the Twin Cities Army Ammunitions Plant  now known as Rice Creek Commons--and the successful turnaround of the bankrupt Vadnais Heights Sports Complex.