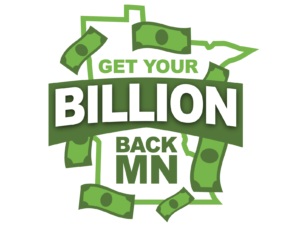 Last Thursday, Minnesota Management and Budget (MMB) released the February Budget and Economic Forecast showing a budget surplus of $1.5 billion. This is up from $1.3 billion in the November 2019 Forecast. Along with the $2.359 billion Budget Reserve, this adds up to a surplus of $3.859 billion plus a cash flow balance of $350 million.

This forecast is further proof that Minnesota’s economy remains in great shape. House and Senate GOP Leaders responded to the forecast later in the day. Republicans were united in the message that tax cuts need to be a top priority the remainder of the session. House Minority Leader Kurt Daudt (R-Crown) said. "House and Senate Republicans are putting forward specific plans to deliver more than a billion dollars back to taxpayers including the elimination of the unfair tax on social security.”

Minnesota’s current biennial budget is about $50 Billion. Republican lawmakers will likely agree to grow the budget reserve, the “rainy day fund”, from the current level of $2.359 Billion to $2.5 Billion. This would enable the state to absorb a revenue turn-about of roughly $4 Billion, from a surplus of $1.5 Billion to a deficit of $2.5 Billion. This would still leave enough of a projected surplus to offer retirees, farmers, and small business owners a meaningful tax break.