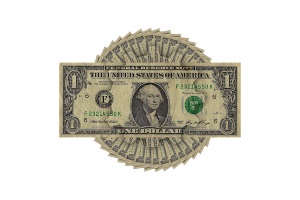 The City of St Paul lost a District court case in May involving how they fund pavement management. The “fees” are actually “taxes”, and so can not be imposed on nonprofits or churches. And the city must use taxation processes to implement and collect them. As local taxes, those could be deductible for residents who itemize on their federal form.

In a similar previous case around ROW (Right of Way) maintenance fees, in 2016 the Minnesota Supreme Court issued a ruling that forced St. Paul to overhaul the way it funds street upkeep.

Since then, St. Paul has been assessing different SMSP (Street Maintenance Service Program) fees for a narrower set of pavement management services to all properties in St. Paul, including those of churches and other nonprofits. They also had to increase property taxes 20% to cover the costs of the remaining services that had been funded by the ROW fees. The church involved in the ROW case and a homeowner both disputed, asking for a court ruling that such “SMSP fees” are actually taxes.

The Center of the American Experiment explains more why this is an important distinction in their article HERE.

The Ramsey County court decision at this link found that such fees are actually taxes.

It may require a specific court case initiated by Bloomington nonprofits and homeowners to gain a similar decision regarding the “Franchise Fees” that are added to utility bills. Those fees pour about $6 million into the city’s funding each year. Although those fees were initially publicized as intended to cover “trail maintenance” (paved pathways in parks and beside roads) in Bloomington, they have actually been used almost entirely for street repairs. Only 3-4 miles of trails have been handled yearly. A description of those fees and planned increases is at the Bloomington “let’s talk” site here. Note that the survey associated with that “let’s talk” article asks only about two “trail maintenance” options, once again implying that’s how the fees are used.

Our previous Newsletter article noted the 23% increase for Bloomington Franchise Fees that took effect in January 2022.