On Tuesday, January 30th, the United States Senate finally confirmed Associate Justice David R. Stras of the Minnesota Supreme Court to be the next member of the 8th Federal Circuit Court of Appeals, after a long drawn out and contentiously partisan process that had begun almost 9 months before. On April 17th Governor Mark Dayton, in a textbook example of how to build long term 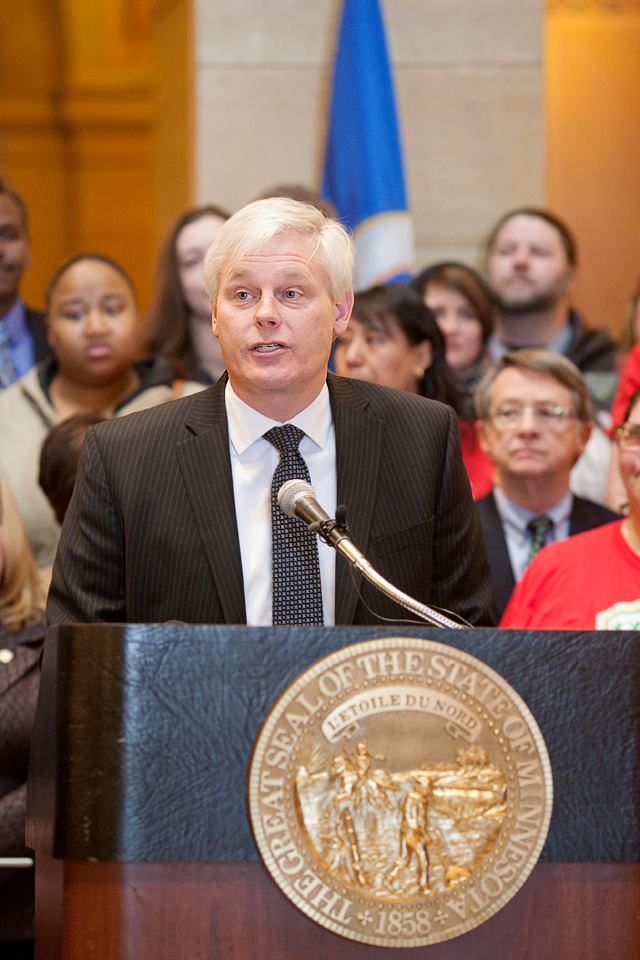 power without spending even the least bit of short term advantage, announced his appointment of DFL State Representative Paul Thissen to fill the vacancy on the Minnesota Supreme Court created by Justice Stras’s confirmation.

First of all, with his party in the minority, the Governor loses nothing meaningful from the DFL’s margins in the Minnesota House with the absence of Representative Thissen. Losing partisan votes by one more vote, when losing is preordained to begin with, is no less a position than he started with.

Secondly, Paul Thissen has represented House District 61B, one of the most rock-solid DFL strongholds in the entire state, since 2003. In fact, in the last three elections he has won reelection by more than 80% of the vote! His approval ratings by groups like MCCL, Minnesota Family Council and the Chamber of Commerce are at 0%, while groups like AFSCME Council 5 rate his voting record at 100%. As a result, the Governor has every right to assume that Representative Thissen will be replaced this November by an equally dependable DFL Progressive by the same voters.

Thirdly, the Governor increases the long term Progressive hold on the Minnesota Supreme Court to a nearly unassailable margin of 5 to 2! And with the Court’s mandatory retirement age of 70, and Minnesotans unbroken history of reelecting incumbent Supreme Court Justices, that dominance could conceivably be solidified all the way out to 2024.

The result of all this is that, at no political cost to DFL Progressives, an overwhelmingly Progressive Minnesota Supreme Court will be completely free to interpret the Minnesota Constitution as “a living and breathing document” that adapts and evolves with the times. In other words, a constitution that is anchored in nothing more solid than the Justices ebbing and flowing opinions of justice itself.