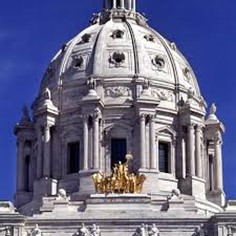 After 19 long months of legislative activity, Minnesota's part-time legislators will only have two months back in their districts. Another Special Session is expected in September.

The regular 2021 legislative session ended May 17, and a Special Session started shortly after. Legislators, both virtually and in person in Saint Paul, spent nearly two weeks trying to work together to pass a two-year budget.  They finally reached a $52 billion budget agreement before midnight on June 30, avoiding a partial state government shutdown on July 1.

In addition to the budget, legislators also came to agreement on a $900 million tax relief bill for Minnesotans.  On the last day, the House and the Senate finally acted on important Paycheck Protection Program loan conformity legislation.  Governor Walz signed a bill that fully conforms to the federal law for PPP loan forgiveness and deductibility.  It also includes forgiveness for Economic Injury Disaster Loans and Small Business Administration grants,

The National Federation of Independent Business reported that the state’s Reinsurance Program was retained for one more year.  This Republican-backed plan has been successful in not only stabilizing the Minnesota individual health insurance market, but also reduced premiums by about 20% on average.  Governor Walz and the House DFL caucus wanted to end this critical program and apply the budgeted money to other spending.  They planned on having individuals who have benefited from this program in the state’s individual health insurance market utilize the federal tax credits that are available temporarily through 2022.

It is estimated that close to 50,000 Minnesotans may not be able to benefit from these tax credits and insurers estimated this would cause a large 25% across-the-board increase for everyone in this market. Fortunately, the Senate majority Republican caucus stood strong and insisted on funding for this program through 2022. The legislation also authorizes another federal waiver to be requested to continue the program.

A couple of DFL-backed provisions that did not make it into the signed bill:

Following passage of the state budget and tax package, the DFL-controlled House, led by Speaker Melissa Hortman (DFL- Brooklyn Park), adjourned Sine Die, a Latin phrase for "without a day""– meaning with no specific time to reconvene. However, the Republican-led Senate did not. Instead, Majority Leader Paul Gazelka (R- Nisswa) and his caucus remained in session.

When the legislature, or a body of the legislature, is in session, there is a shortened time frame for the governor to sign legislation into law. By remaining in session, it allowed Senate Republicans to, "trust but verify" the governor's actions. The Senate put additional pressure on Governor Walz through the confirmation process, which only the Senate chamber has the ability to do.

The Senate previously used its confirmation powers to put pressure on the Governor twice in the last year, including when it took up a vote to refuse to confirm then Commerce Commissioner Steve Kelley.

Most notably, Minnesota Pollution Control Agency Commissioner Laura Bishop resigned prior to the Senate taking up a motion related to her post. Her resignation is a significant win for the Republicans. During Bishop's time as commissioner, she pushed the California Clean Car initiative through the Administrative Law Judge process, overstepped rulemaking authority related to ­­­­additional enforcement on agriculture and industry.

The Legislature will reconvene in September to discuss the rollout of $250 million from the federal American Rescue Plan.  A provision in the tax bill calls for a Working Group to determine the process for doling out the financial support to Minnesota’s essential workers on the front lines of the COVID-19 pandemic, including long-term care workers. Appointees to the Working Group will make recommendations about who is eligible for this support by September 6, 2021.